The notable properties listed have at some time been occupied by members of the Cave family.

Stanford has been the home of a Cave family, ancestors of the present owner Nicholas Fothergill, since 1430. In the 1690s, Sir Roger Cave commissioned the Smiths of Warwick to pull down the old manor house (adjacent to the church) and build the present hall which is a superb example of their work and the William and Mary period. 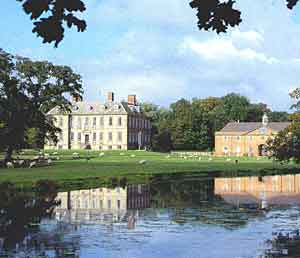 Throughout the house are portraits of the family and examples of furniture and objects they collected over the centuries. An unusual collection of family costumes, including splendid embroidered waistcoats, is displayed in the old dining room, which also houses some early Tudor portraits and a fine Empire chandelier. There are about 5,000 books in the library that have been collected by succeeding generations since the 17th Century and range from Greek philosophy to children’s storybooks. A document hanging on a wall of this room is an “inventory” dated 1495 of the old manor house and estate at that date. Other documents include the builders’ estimate/bill for the construction of the new hall.

Stanford Hall is open on selected days throughout the year and hosts a number of public events and car rallies through the summer season. On these open days the public can enjoy guided tours around the house, relaxing afternoons in the park and the Stableyard Cafe, which is open for light lunches and teas. The hall is available for hosting private parties, weddings, corporate events and meetings and provides luxurious accommodation.

Stanford is located off the junction of the M1 and the M6.

For more information about Stanford Hall and the programme of events, visit www.stanfordhall.co.uk 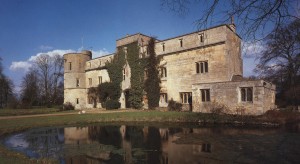 Woodcroft Castle is close to the village of Etton, north of Peterborough. It has lead a chequered history as can be found by visiting www.botolphsbarn.org.uk and searching for Woodcroft Castle. This site will give the full history of the castle but, it does not mention the fact that Thomas Cave, a Yeoman, leased the castle from Sir William Fitwilliam on the 6th of October 1570 for a period of 17 years. His family group is shown below. From records of the village of Etton it is obvious that the family was still in possession in 1611.

Colleen and Hugh Cave visited Woodcroft in 2003 when it was for sale, not that we could have even considered it. But, it was intriguing to have “walked the stones” that a Cave family had walked those 400 years ago. 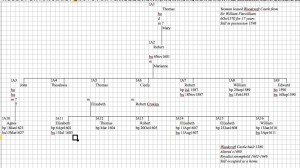 St Nicholas Abbey, Barbados was home to the Cave family of Bristol until 2006. 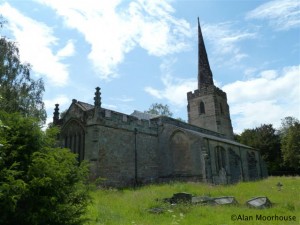 The 14th century church dedicated to St Michael is no longer used for regular services, and is cared for by the Churches Conservation Trust.

Access is available via a time lock that opens the church at 10am and automatically locks it at 4pm.

Inside, the church still has box pews and a pulpit. 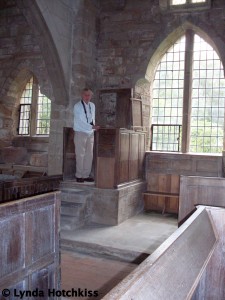 The building is constructed of local sandstone with one exception – the chancel arch. The arch was made from a hollow piece of wood and covered to simulate stone. In the chancel, the wall bears monuments to the illustrious of the parish, including the Cave-Browne-Cave family who became lords of the manor of Stretton and patrons of the living. A framed representation of their coat of arms leans as proudly as possible against the panelled screen in the north aisle.

William Astley Cave-Browne-Cave served as rector of the parish and was one of a number of descendants of John Cave-Browne to become a cleric.

In 1720, Roger Cave of Eydon married Catherine, daughter of William Browne of Stretton Hall. They had 15 children, of which 2 sons and 4 daughters survived to adulthood. Three of the girls married and the eldest surviving son, John, decided to add his mother’s maiden name to his surname when he inherited from his maternal grandfather. John had 16 children by his second wife (Catherine Astley) and only two died in infancy. His eldest son, William, inherited the title of 9th Baronet Cave of Stanford when the male line of his great-grandfather, Sir Roger Cave (2nd Baronet Cave)from the first wife (Martha Browne, daughter of the Speaker of the House of Commons) died out in 1810. William not only took the baronetcy, he added another “Cave” to his surname of Cave-Browne to honour his ancestry, he being a great-grandson of the said Sir Roger by the second wife, Mary Bromley. 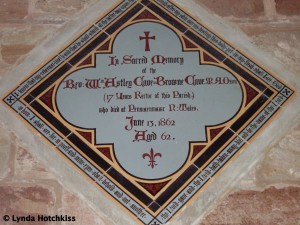 At the east end of the church are a number of large slabs that possibly cover the Cave-Browne-Cave vault. Some have been inscribed but the inscriptions have weathered and cracked.

Other monuments belonging to the extended Cave-Browne-Cave family were found on the north side of the chancel near the east end, and some were duplicating the information on the chancel monuments.

This was an important place in its day, and home to the Cave baronets for a while.

There are no upcoming events.