The Commonwealth War Graves Commission database lists 231 men who bore the surname Cave (or a derivative) and who lost their lives during WW1 whilst serving with the Commonwealth forces. We aim to record as much information as we can about each man to assist you in your research. The society is interested to hear from anyone (Members and Non-Members) who has information pertaining to any of those listed. We are particularly keen to obtain photographs of the individuals, biographical or family information as well as photographs of their Commonwealth War Graves and or a family grave or local memorial where they are commemorated. 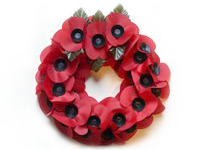 They shall grow not old as we that are left grow old:
Age shall not weary them, nor the years condemn:
At the going down of the sun, and in the morning,
We will remember them.
For the Fallen – Laurence Binyon 1869 – 1943

The Cave FHS is grateful to Lynna Kay Shuffield (Member No. 473 ) who has extracted information on  American World War I Casualties with the surname Cave.

Are any of the Men listed on this tablet YOUR ancestor? 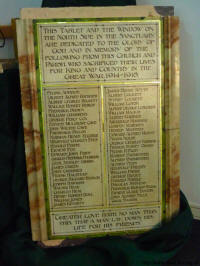 The Cave FHS is trying to locate the original location of this memorial which is now in the hands of the War Memorial Trust. We would be delighted to hear from you if you have any information that can help. Please email the administrator. It reads:

THIS TABLET AND THE WINDOW ON
THE NORTH SIDE IN THE SANCTUARY
ARE DEDICATED TO THE GLORY OF
GOD, AND IN THE MEMORY OF THE
FOLLOWING FROM THIS CHURCH AND
PARISH WHO SACRIFICED THEIR LIVES
FOR KING AND COUNTRY IN THE
GREAT WAR 1914 – 1918

It then lists the names, two of which are in an extract of an article which
appeared in the Spring 2011 issue of our newsletter, Caveman.

“GREATER LOVE HATH NO MAN THAN
THIS, THAT A MAN LAY DOWN HIS
LIFE FOR HIS FRIENDS”

The Tower Hill Memorial, London, was erected “TO THE GLORY OF GOD AND TO THE HONOUR OF TWELVE THOUSAND OF THE MERCHANT NAVY AND FISHING FLEETS WHO HAVE NO GRAVE BUT THE SEA 1914 – 1918”.

Henry Cave (First Engineer) who served on the Ilston (Swansea) and Absolom Cave (Second Hand) who served on the Doris Burton (Hartlepool) are both commemorated here. If you are related to either of the men we would love to hear from you please email us here. 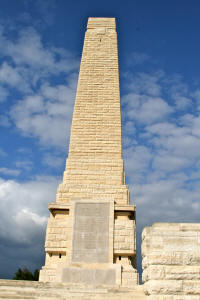 The Helles Memorial serves the dual function of Commonwealth Battle Memorial for the whole Gallipoli campaign and place of commemoration for many of those Commonwealth servicemen who died there and have no known grave.

Pvt. J Caves (4606) was killed in action on 16 August 1915 and is remembered on the Helles Memorial. The Cave FHS thanks Lynn Roffee of Leicestershire & Rutland FHS who kindly took a photograph of Pvt. J Caves entry on a recent visit.

Ypres (Menin Gate): A wreath was laid at the Ypres (Menin Gate) Memorial on July 7th 2009 on behalf of the Cave FHS in remembrance of those officers and men who fell in Ypres Salient but to whom the fortune of war denied the known and honoured burial given to their comrades in death.

Gill Melrose (Member No. 588) joined the Cave FHS in July 2009, following a visit to France and Belgium where she saw one of the wreaths that had been laid on behalf of the society. Gill is related to Private Percy Worrall Cave who was killed in Belgium shortly before his 19th birthday in 1916. Percy had emigrated to Canada from the UK and was serving with the Canadian Infantry (British Columbia Regiment).