About the Cave FHS 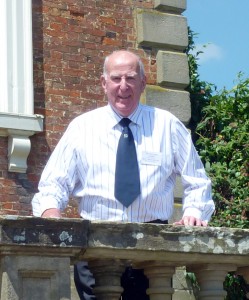 The Society was formed in 1976 and has developed from a small group of four Cave descendants to a world-wide membership with members in the UK, Australia, Canada, New Zealand, USA and other countries.

The main objective of the Society is to maintain an association of those interested in the origin, history and development of the Cave family and its variant names.

Another objective is to promote the preservation of documents, monuments and other material of special interest to members of the Cave family.

A journal is published bi-annually, free to members, and in addition to this website is one of the main means of sharing information with our members. Most of the articles are provided by members.

An annual gathering is held in the UK in a place likely to be of interest to members of the Cave family and family historians in general.

In furtherance of our objectives the Society collects data and information covering all nations of the world where members of the Cave Family have settled and have developed families. In England, Wales, Scotland and Ireland this covers the period from the time of the Norman Conquest.  In the Americas and Canada these families start from the late 16th to early 17th Century and in Australia and New Zealand from the late 18th Century.  As a result of this collection of data the society holds many pedigree collections covering family groups in those countries. These pedigree charts are available to members of the society, and in at least one case has proven ancestry over 24 generations for a group covering South Leicestershire going back to the 13th Century.

The Society is run by a small team of volunteers who are officers of the Society and who form the nucleus of the management.